Carol Smith in her mid-40s shouts ‘health’. She keeps to a healthy lifestyle: exercises rigorously, eats healthily, and goes for a thorough medical checkup once a year.  She looks fit, slim, healthy, glossy skin and a source of envy to her friends. However, not even her fastidious healthy regimen could explain a burning in her chest, fatigue, neck pain, and a tendency to sweat profusely after just a short workout. Over the years, Carol’s doctor had labeled her chest pain to heartburn, her sweating a pre menopause symptom, and her exhaustion chronic fatigue. Carol’s lungs were x-rayed for pneumonia and bronchitis and all other normal tests; all came clean.  However one day she collapsed with a burning sensation in her chest. An immediate rush to the hospital confirmed a heart attack was imminent, and lucky to be alive. Carol’s major artery was near being totally blocked while the other two were just slightly better. She had to undergo an urgent bypass surgery. 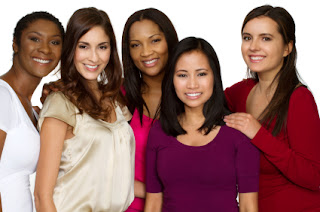 While Carol was very lucky, not so with Jenifer, a 35 year old, who collapsed at her office desk one day, but died before medical help got to her. The question on everybody’s lips ‘How come a 35 year old died of a heart attack?’ particularly when she never showed any symptoms of a heart disease, the company doctor bemoaned.

Well, heart problems are not the only disease that doctors often overlook in women. There are three others that have delicate or confusing symptoms and are frequently missed by women and their doctors. By being aware of the risk factors, symptoms, and treatment, you can insulate against some of life’s horrible surprises.

1. Heart Disease
One in four women has cardiovascular disease. It claims more lives than all forms of cancer combined. More women than men die of heart disease every year, yet they are six times more likely than men to be wrongly sent home from emergency rooms by naive doctors.

Partly, that is because women often do not have the classic male sign of cardiac failure: severe chest pains. Women tend to experience symptoms such as nausea, shortness of breath, indigestion, and fatigue;  even they don't know that they're experiencing a heart attack.

Consequently, women often take longer to seek emergency care. Since doctors miss the symptoms, they are slow to take action, delaying emergency surgery to reopen clogged blood vessels and restore blood flow to the heart. Consequently, female heart attack victims are twice as likely as their male counterparts to die in the hospital.

Be wise, if you feel chronic fatigue, chest pain that refuses to go away, don’t just take your doctor’s clean health bill, get referred to a reputable cardiologist and save yourself a lot of ‘heart- ache’. Don’t leave it too late, or take your health for granted, like Carol or Jennifer. 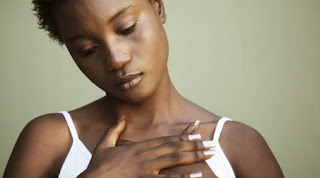 Things to Avoid: Smoking, high cholesterol, inactivity, stress, and obesity can weaken blood vessels.
At Risk if you’re: African, Afro-American, diabetic, woman with a family history of heart disease, or you’re older than 65.
Symptoms to watch out for: If you are experiencing shortness of breath, fatigue, nausea, pressure in your chest, or gastric pain, see your doctor immediately. Be aware and ensure your doctor does too.
Get medical screening: Ask for an exercise echocardiogram in addition to standard tests. It is an ultrasound of the heart performed after using a treadmill or stationary bike. If that is inconclusive, and you are still having symptoms, ask for a CT scan or an MRI. Your doctor may also suggest an angiogram.
Treatment: A combination of balloon angioplasty, which widens clogged arteries, and stent placement, which props them open with a wire mesh tube, is more effective than clot busters for treating heart attacks in women.

Meg Davies, an accountant and mother of four in Lagos, is a stickler for always letting her doctors know of any health problems.  Inspite of Meg health awareness, she suffered abdominal cramps, urinary discomfort, longer periods, and irregular mid-cycle bleeding for ten years without getting a diagnosis. She is now 49. She did have an abdominal and vaginal ultrasound, though both came back clean, and her doctor never suggested a follow-up look. The mid-cycle bleeding she experienced, the doctor assured her was normal.

Meg’s unwellness started at 40, after the birth of her fourth child. She started feeling a sharp pain in her shoulder whenever she drew a deep breath, and a stabbing pain in her abdomen. She called her doctor about the pain, and a nurse practitioner told her to take three ibuprofen tablets.

Two days later, when the abdominal pain became too much to bear and she could not get to her doctor, Meg asked her husband to take her to a nearby hospital. Again nothing and no further action was taken.

At 43, after 3 years of on-again, off-again discomfort, Meg finally landed in the hospital with sharp abdominal pain, a swollen abdomen, and severe fatigue. The emergency room doctor was about to discharge her, saying that she probably had inflammation of the digestive tract, when her husband insisted the doctor must check for something else.

The doctor conceded and ordered a CT scan. It revealed what Meg had sensed for years; several malignant tumors had taken over her abdomen, pressing on her diaphragm, bladder, and nerves. She had ovarian cancer and it had reached stage 3, treatable with a hysterectomy and chemotherapy but with no guarantees against a recurrence.

This aggressive cancer strikes one out of 57 women, and can be treated effectively in its early stages before tumors spread to the abdomen and to other parts of the body. Ovarian cancer is tricky to diagnose because most women have few distinctive symptoms during its initial stages, or doctors attribute the symptoms to irritable bowel syndrome, menopause, or aging.

Meg was lucky to insist on further examination. She now advises women to trust their own bodies, and not to assume anything if there is a feeling something is wrong. Being persistent, and not wasting time, is what is needed to beat the odds. 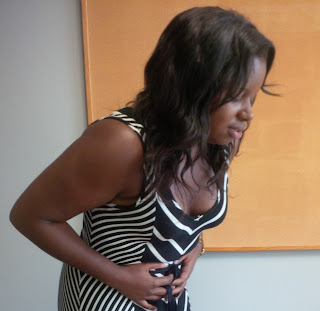 At Risk if you’re: Ovarian cancer rises sharply after age 50. Women with a family history of ovarian, breast, or colon cancer are more likely to get ovarian cancer early. Not having had children also increases the risk.
Symptoms to watch out for: Abdominal and pelvic pain, urinary urgency, and a bloated sensation. Other signs are abnormal vaginal bleeding, constipation, and fatigue. Letting your doctors know on time about these symptoms will help them with early diagnosis when it’s 90% curable.
Get medical screening: Get a pelvic/rectal exam from your gynecologist every year. It’s not comfortable, but it’s more effective than a simple vaginal exam at evaluating the health of your ovaries; which in some women are tucked behind the uterus. If the exam raises any questions, your doctor should follow up with a trans-vaginal ultrasound. And if any unusual masses are found, a CA-125 blood test may be used to determine if they are malignant.
Treatment:  It can range from removing the ovaries and uterus to taking out the omentum, a thin tissue covering the stomach and large intestine, and lymph nodes in the abdomen. Chemotherapy may be given to destroy any cancer cells remaining after surgery.

Hepatitis C lives in blood.  It’s the most common chronic blood-borne virus. Deborah had worked as an intensive care nurse and accidentally pricked her finger with an infected needle. Hepatitis C is a leading cause of liver disease and the major reason for liver transplants.

At Risk if you: Share intravenous drug needles, have unprotected sex with infected partners, get tainted blood transfusions or organ transplants (before 1992), are a health care worker, while tattoos and body piercing can also put you at risk. About 5% of infected mothers transmit the virus to their babies in the womb. Hepatitis C is also present in breast milk, and though doctors say it is too small a dose to worry about, an infected mother with cracked nipples should express her milk rather than breastfeed.
Symptoms to watch out for: The disease can remain hidden for many years.  About 70% of those infected are unaware that they carry the virus. Early onset is often without symptoms, but the few signs that emerge look like the flu, for instance fatigue, sore muscles, headache, nausea, and loss of appetite, often mistaken for malaria in Africa. Occasionally, the virus yellows a person's eyes, skin, and mucous membranes. But those symptoms quickly disappear, soothing up to 85% of hepatitis C sufferers into inaction, and eventually chronic disease. If left unchecked for more than 6 months, hepatitis C can chronically inflame the liver. Left untreated for many years, the virus can cause cirrhosis, edema, muscle wasting, and death.
Get medical screening: Within 50 days of exposure to the virus, most people infected with hepatitis C will exhibit elevated levels of liver enzymes on a routine blood test. That test should be followed up with a specific hepatitis C antibody test, which is highly accurate. A liver biopsy can assess the severity of disease and need for treatment.
Treatment: Drug treatments are often successful in clearing the virus from the body. But a word of caution: Ribavirin, a drug commonly used to treat hepatitis C, is known to cause birth defects, so pregnant women should not take it. Interferon alpha, another common treatment is not recommended for pregnant women either, because its effects on the fetus are not well known. 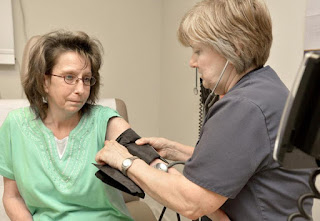 Chlamydia is the most commonly reported infectious disease and one of the most dangerous sexually transmitted diseases among women. But 75% of infected women have no symptoms at all and only one in four young women at risk for the disease is getting tested for it. Very scaring is the fact that millions unknowingly contract and  spread the disease each year. When detected early, chlamydia is easily treated and causes no long-term problems. Ignored, it can cause pelvic inflammatory disease (PID), infertility, ectopic pregnancies, and miscarriage.

Also, babies who are exposed to chlamydia in the birth canal are at risk for pneumonia; conjunctivitis (leading to blindness); and ear, nose, and throat infections.

At risk if you’re: Three of every four reported cases occur in people younger than 25. By age 30, one in two sexually active women probably has had chlamydia.
Symptoms to watch out for: Painful urination, cloudy urine, abnormal vaginal discharge or bleeding, lower abdominal pain, genital itching, or swollen glands around the vaginal opening. Symptoms, if they emerge at all, usually surface one to three weeks after exposure to an infected person.
Get medical screening: A urine test provides quick results without swabbing genital secretions. Annual screening is recommended for all sexually active women younger than 25, as well as women who engage in high-risk sexual behavior. Routine screening for men is also recommended.
Treatment: The cure can be as simple as a single-dose antibiotic. But be warned: Treatment does not protect you against future infections. Having chlamydia may make women more vulnerable to HIV. 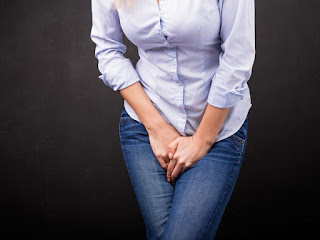 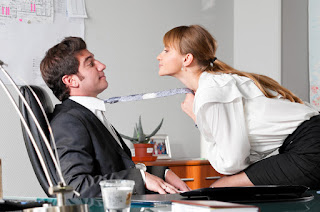 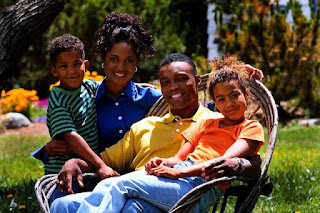